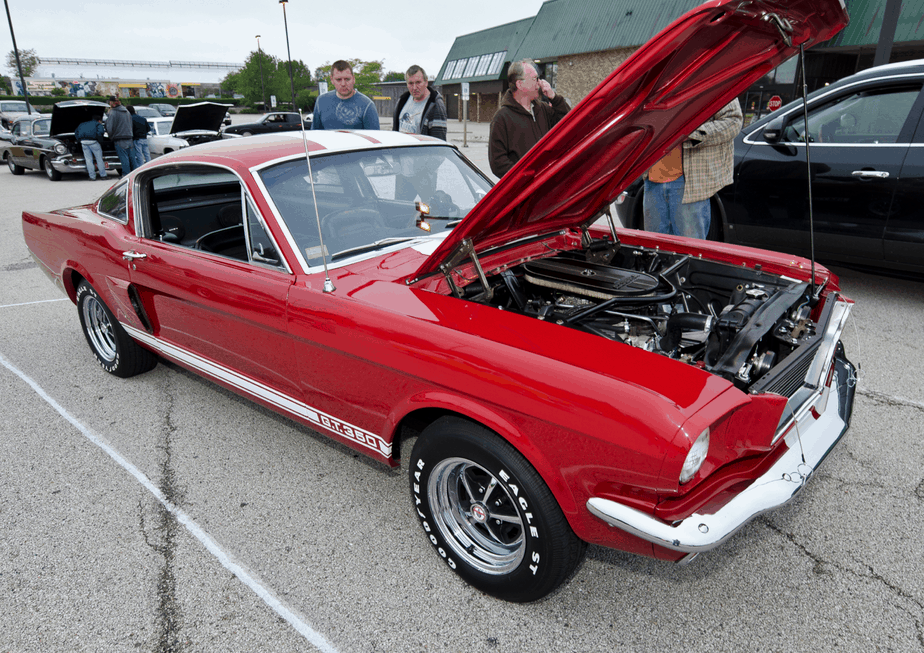 Whereas most area cruise nights plan for a weekly event even during the summer months, the downtown Mundelein, Illinois  ‘Park on Park’ show occurs just once a month. Now in its 12th season, this past Wednesday night was the first of five for the 2012 season and the vintage, rolling steel was parked rows and rows deep. Encompassing three parking lots, Park Street, Seymour Avenue and nu 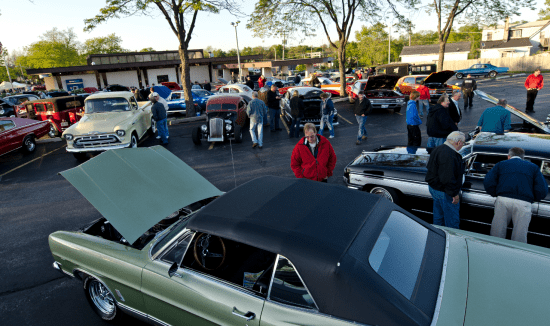 merous side alleys in the downtown area, this sprawling show has vastly grown since its beginnings in 2000.

The cruise night was the idea of the ‘On the Road Classics’ car club and is still put on by 14 of the original members who started this unique event. This year’s planning stage commenced in January and all that hard work paid off – this week’s show had 268 cars show up – a new record for the month of May (the previous high was 178).

In addition to all those gleaming rods, trucks, cruisers and customs, spectators and owners were treated to such things as massages by Chiro One, old-time tunes spun up by Randy from DJRandy4Less and hot and tasty food options by area venders Brother’s Ribs and Luke’s. A Lake County rescue center brought in puppies and other adorable critters for those who wanted to go home with a cute, newly adopted pet. 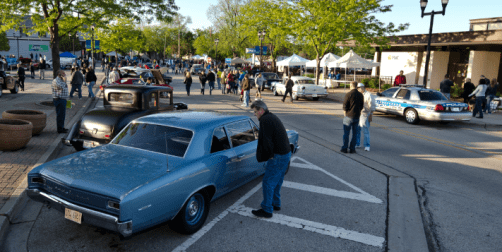 “Alot of the other cruise nights choose the weekly format but we wanted to have it be a more special event so we keep it to once a month,‘ said Tony Christie, Head of Operations for Park on Park. “We have several guys taking off work to make each event happen and the response has been great. We get cars from Milwaukee, WI, Marengo, Il. and the South Side of Chicago. The aim is to keep it free and fun with good food, music and great cars.”

If you attend one of the cruise nights, you might also be surprised by the quality of four-wheeled machines you ‘ll find.

“We’re proud to have some of the finest shops in the area sponsor the event and even bring out their latest creations to the shows. You’ll see stuff built by shops like Performance Restorations, the Roadster Shop and Tripower Automotive – all of which are high dollar, award-winning, magazine cover vehicles and just parked for you to take a look at. You don’t find that at too many local car cruises like this,” said Christie. 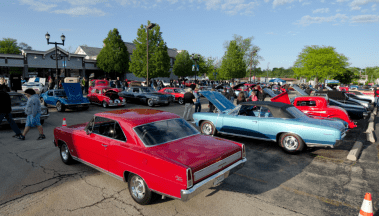 If you missed this week’s event, you’ll want to be sure to mark your calender for next month. Tony told us that once the warm weather hits, they’ll see upwards of 600 cars per night.

The next four events for ‘Park on Park’ are: 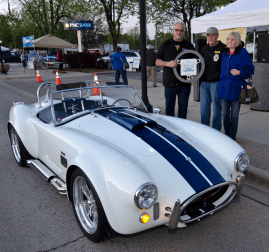 New for this year is the ‘Big Wheel Award’. It’s a “non-competition” award for a crowd favorite car of the month. The winner for May was this happy couple with a striking white and blue-striped Shelby Cobra.

***Want to know what classic car events are taking place? Swing over to the Classic Recollections Classic Car Cruise Calender***

Here’s just a small sampling of some of the rolling relics that showed up this week but for the full set of photos, click HERE