The month of June has started and so has another cruise night, this one being the event in downtown Roselle, Illinois, on Main Street. The event takes place every Friday night from 6pm-9pm and will run until September 28th.

We ventured out last night for their opening day and caught up with the organizer, Glenn Rygel, who gave us the backstory.

“The cruise started in 2006. I was involved with planning the other Roselle cruises, including the one at the train station, which ran for several years until they tore it down. Since we’ve moved to Main Street, each year it’s just gotten bigger and bigger. We have spots for 130 cars but last year on two or three occurrences we had as many as 200 plus cars. They were parked down aisles, side streets and extra parking spots.”

Glenn has also lined up music for each night for 2012, with Tony from Flashback ‘50s playing the greatest hits of yesterday. In addition to the DJ, every other week will be live music. In two weeks, June 15th, the Vinyl Covers will be performing.

“The only Friday we won’t be having the cruise is August 3rd – it’s the Taste of Roselle. But it’s a great spot for families to bring their kids and dogs to and enjoy the atmosphere. They can spend zero and still have a great time. If you’re hungry, we do have a restored Good Humor Truck, courtesy of Sweet Memories Ice Cream, selling cold treats as well as many of our sponsors offering on-site food. We have BBQ, brisket, hot dogs and pizza. Two of our sponsors, Jimmy John’s and the Italian Pizza Kitchen, will bring food curbside. If you call ahead to place an order and say, ‘I’ve got a blue ’57 Chevy, they’ll deliver your meal right at your car.” 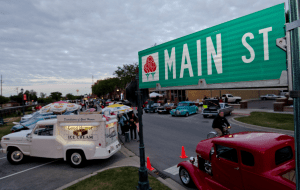 If you are planning on coming to the cruise, make sure you ask for Glenn or head to the event booth and get one of their 10% Discount cards. “We have 48 sponsors this year and 28 of them are participating in the program. We have a card that we give out and if you take it to those businesses, you’ll get 10% off your order – any day of the week, not just on cruise night. They’ll honor it during the cruise season – from June 1st – September 28th.” 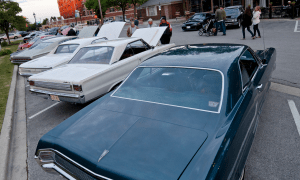 In addition to cruise information, Glenn also gave us some details on how he became interested in the car hobby. “I’ve been interested in cars since before I could drive. I worked for a Chevrolet dealership for 30 years and afterwards, owned my own repair facility for 7 more years. Vehicles and the classics have always been an interest of mine. It’s like rolling art to me. And also a sickness!”

If you’re been bit by the classic bug like Glenn has, do what he does and find the cure by checking out the gleaming machines on Friday nights. It’s just what the doctor ordered.

Get more info about the cruise at the official website – www.CruiseRoselle.com

**To find out what classic car events are going on near you, head to our Cruise Calender**

Click on an image below to open it in our full-size photo gallery: 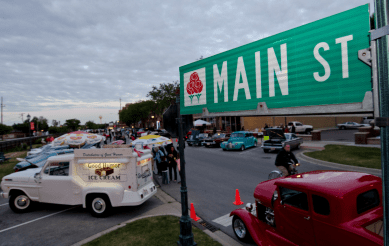 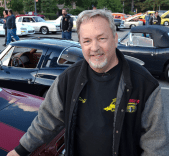 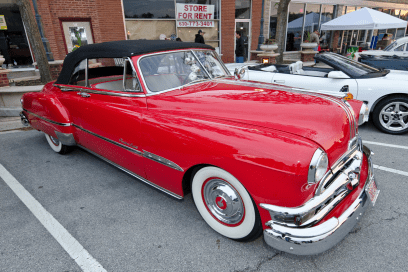 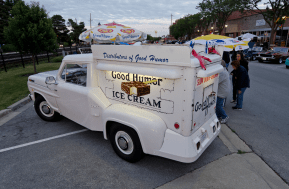 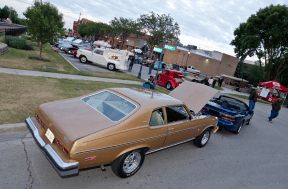 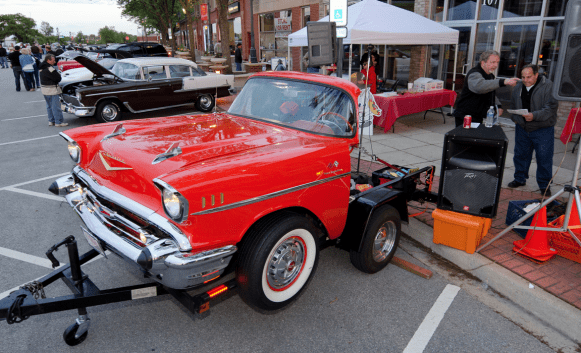