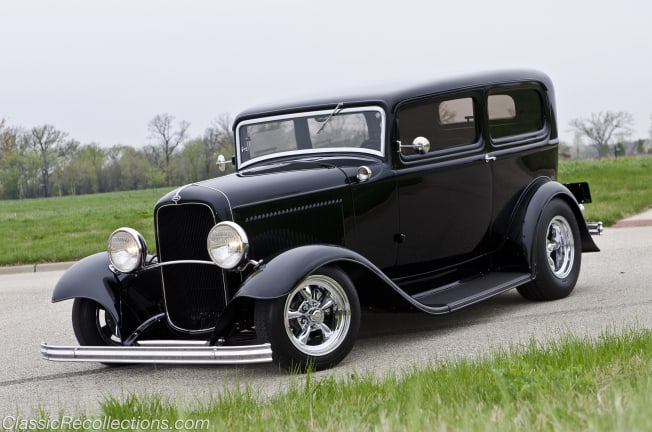 There’s no shortage of fortuitous incidents that provide incentive for classic car owners to conduct massive overhauls of their beloved four-wheeled machines. In Kurt Jensen’s case, all it took was a flat tire. Jensen has owned his black-on-black 1932 Ford Tudor since 1981 and initially conducted a four-year build to transform the former basket case into a reliable driver. 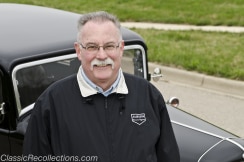 But then, in 2009, while on the Indiana tollway cruising to an event in Kalamazoo, Mich., a minor motoring mishap occurred that evolved into huge changes.

**Want to keep reading to see what changes Kurt’s ’32 Tudor went through? Head over to our full feature on the Daily Herald HERE**

The ’32 during its second overhaul.

The grand debut was at the Rosemont, IL 2012 World of Wheels.

Watch our feature video to hear Kurt explain how he found his Tudor and all the custom work that’s been done to it.