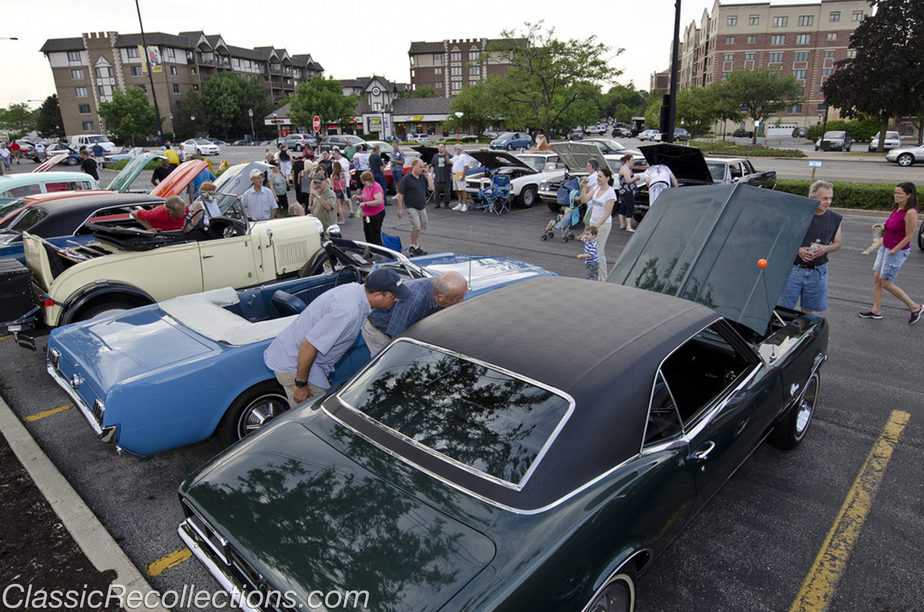 One area cruise night that really captures the true spirit of Mid West cruising is the event held every Saturday night in downtown Mount Prospect. Taking place in the Metra parking lot at the corner of Route 83 and Route 14, this classic car haven gives spectators that true Chicago feel with the regular passing of the passenger trains and the quaint, downtown shopping district ambiance.

The downtown Merchants Association is the group that has put on the cruise and we chatted with Paul Seils, a member of that committee who gave us more details.

“For many years, there was a car show put on by the Mt. Prospect Historical Society that took place in the downtown area.  It was the first Sunday in August and was a big deal – they would close the streets for it and many people came out. That event stopped taking place and so several of us on the association who were ‘car guys’ decided, ‘Maybe we could get a cruise night going’.” 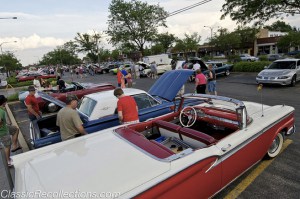 oup worked with the village and the railroad (who owns the parking lot) and had their first cruise night in 2007.

The free summertime event doesn’t restrict any vehicles from participating but does have ‘feature nights’ with certain makes or styles of vehicles will be singled out. Music is provided every week, with live bands coming out several times each season 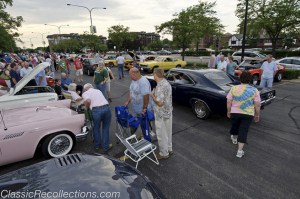 “On average we have had 160 cars come out this year for each night. The response has really been great. We have families coming through like crazy – moms, dads, strollers, dogs – all kinds of people out enjoying the cars. We just offer a night for all to enjoy the weather and for the owners to show off their cars and let people see and enjoy them. The event almost runs itself. The car guys and gals are really good about keeping everything clean and n

The event is held every Saturday night from 6pm-9pm, through September 29th, 2012. For more information, head to their Facebook page HERE.

**To see what events are taking place near you, swing by our Cruise Calender**

Every week you’ll find classics such as this Cobra.

The Mopar crowd is usually well-represented. 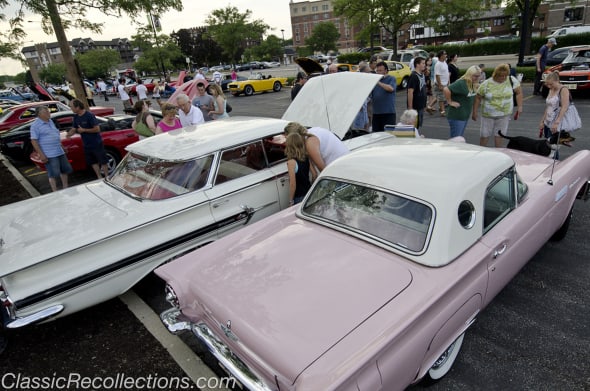