Tucked away in the Northwest suburbs of Chicago is the quaint town of Barrington and every summer Thursday night, the classic cars come rolling in for the village’s weekly cruise. With its tranquil, tree-lined setting, easily accessible boutique shops and casual dining, this event is one draws automotive enthusiasts from all over. 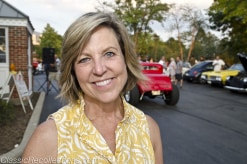 Anne Garrett serves as the Manager for Special Events and Marketing for the Village of Barrington and described to us how the cruise came to be.

“This year is our 9th year for the cruise, which got started in 2003. At the time, the village had been looking for ways to draw traffic and attention to the downtown area and knew a classic car cruise would be just perfect. Other neighboring suburbs had something similar so we did some research and determined we had what it would take to run a successful event. We settled on the South Cook street area and in all the years its been running, haven’t changed a thing.”

public works, as well as local law enforcement, are required to run the event.

“The Barrington Police will attend but it’s more of a public safety presence and a chance to interact with the local community.”

In addition, they also typically bring out vehicles from their fleet and allow spectators to get up close and personal with their high-tech cruisers. Volunteers from the Barrington Lions Club also help with the event. 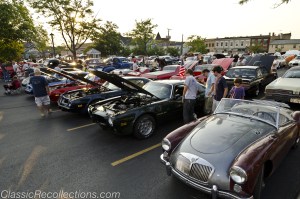 “Four years ago we were approached by the group who offered their assistance. Every year since we’ve had 4 or 5 faithful volunteers help man the barricades and allow the cars to come in and out.”

Judging by the jammed lots, full of classic and custom cars, and the multitudes of owners and spectators milling about, it’s safe to assume the cruise has been a huge hit with the community.

“So far, the response has been tremendous. It seems every week people genuinely look forward to the event. They’re able to come early and go to the Farmer’s Market and then wander around the lots, checking out the cool classic cars. We rotate the onsite food venders and always have different entertainment so no two weeks are exactly the same.”

Expect the lot to be filled during the warm, cruising months.

The local businesses have taken notice of the increased foot traffic.

“We’re having more and more of our downtown merchants stay open late, which gives spectators many options for additional shopping and dining activities when they’re done seeing the cars. It really adds to the overall community feeling of the event and makes it a wonderful place to spend the evening.”

If you plan on attending the Barrington cruise and want to bring a four-wheeled relic, you’d better get there early.

“Our official start time is 6:30pm but the car owners will arrive and start cuing up around 4:30pm. Many of them want to make sure they get their ‘special spot’. Generally our end time is right at dusk, as the car owners don’t like driving home in the dark with their headlights on. We’ve been told they don’t like to run the risk of attracting bugs and having to put in the extra time cleaning them off.” 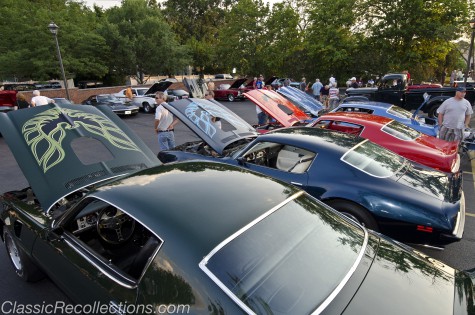 Each night throughout the summer has a theme, highlighting a certain brand, style or type of classic machine. While all are welcome, the themed vehicles are given special attention. Here is the schedule for the rest of the season:

** Want to know what events are taking place near you? Check out our Cruise Calender **

At the downtown Barrington cruise, you’ll see everything from an ultra-modern Fisker Karma to all your favorite vintage Detroit muscle machines. 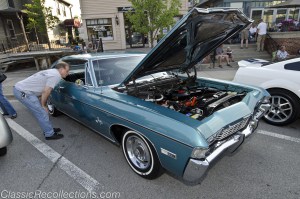 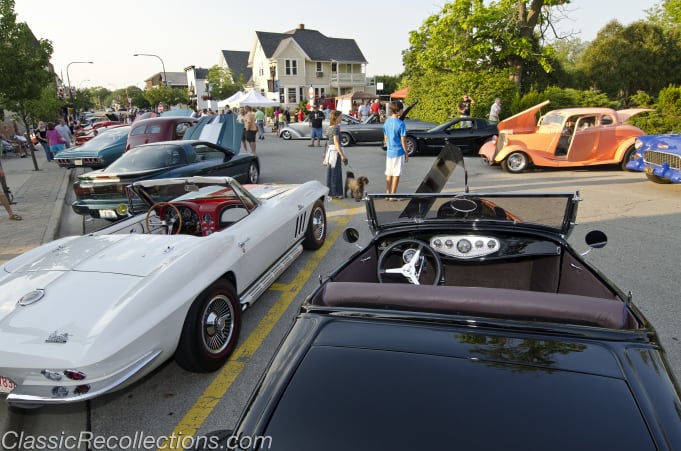 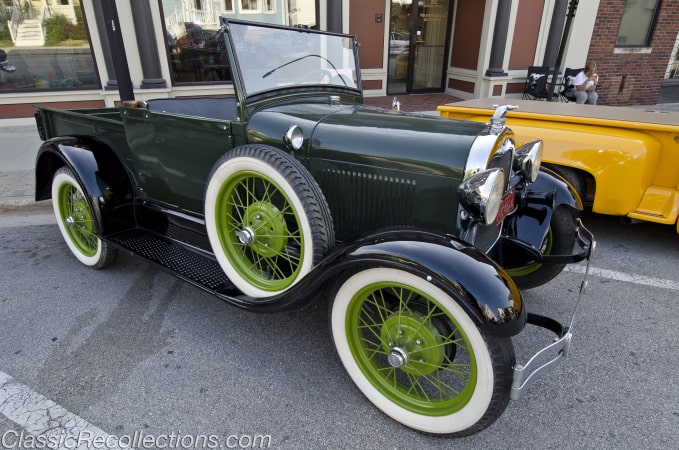 **All photos and content by Classic Recollections and may not be used without permission. 2012 © **