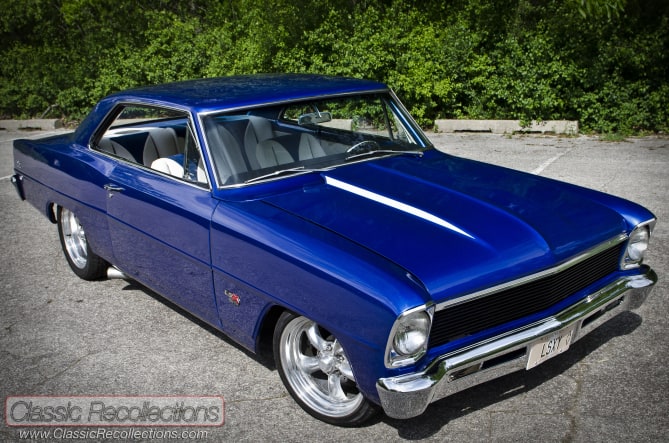 The idea for Gerry and Tyler Dziedzina’s radical 1966 Chevy II Nova street machine came suddenly to them, at of all places, the family dinner table. 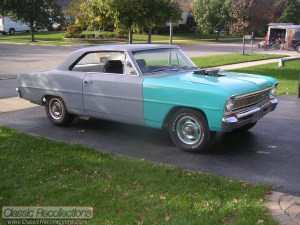 The Nova II as it looked when the project started.

“When my son Tyler was in the seventh grade, he simply blurted out ‘Dad, let’s build a Nova’. Before I could ask how or why he knew of Novas, my wife said she thought it would be a great idea for a father/son project,” Gerry recalled.

Mom’s approval was their green light. Within days the two were off to track down a suitable candidate before she changed her mind. The Dziedzinas, who originally began looking for one of the plentiful 1969-71 models, altered their focus when a ’66 two-door became available. The Palatine residents quickly decided to snap it up, realizing they both preferred the boxier styling and “longer lines” of the ’66 Nova.

Want to keep reading to see how this wild Nova came together? Check out our full feature on the Daily Herald. 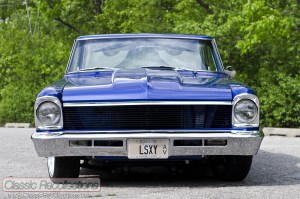 The guys wasted no time in overhauling the Chevy classic, choosing to remake their Nova into one radical ride. 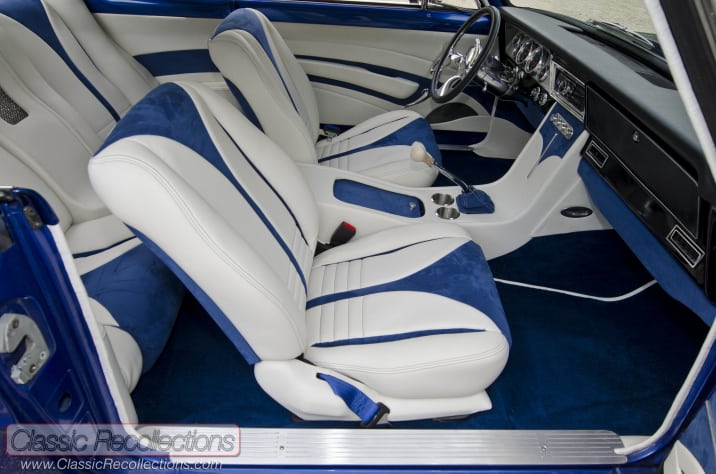 A radical blue and white color scheme was used for the interior. LEDs mounted in the headliner cast a soft blue glow at night.