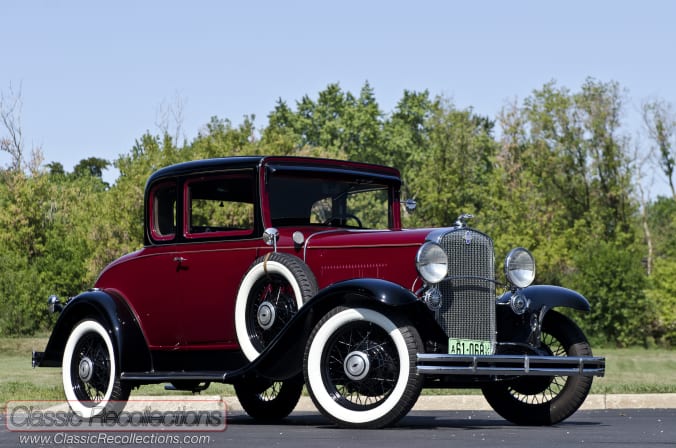 When Russ Regnier first saw his 1931 Chevrolet Deluxe Sport Coupe, it “was more of a parts car than something to restore.”

He found the car in Rolling Meadows, IL in 1976 and wasn’t deterred by its shoddy condition. After all, the Chicago resident had been smitten with the distinct 1930s automotive styling since he was a young boy.

“Every day of high school I would pass a parked antique car from the ’30s and always liked what I referred to as ‘Al Capone cars.’ ”

After acquiring the rough and not ready Chevy, the next several decades followed with Regnier slowly and methodically completing a total restoration.

“I didn’t want a hot rod but something that was reminiscent of ‘back-then’ days,” he says.

Want to keep reading about this antique Chevy? Check out our full feature on the Daily Herald HERE 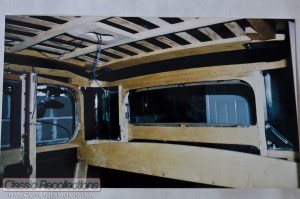 All of the interior wood structure was replaced. 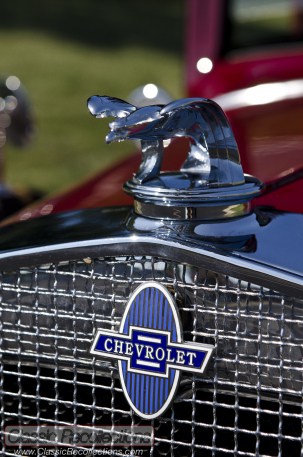 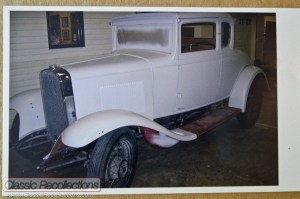 The primered body ready for paint.

For added safety and visibilty, Russ installed LED tail and brake lamps. With their original-styled housing, most never know they have been swapped out. 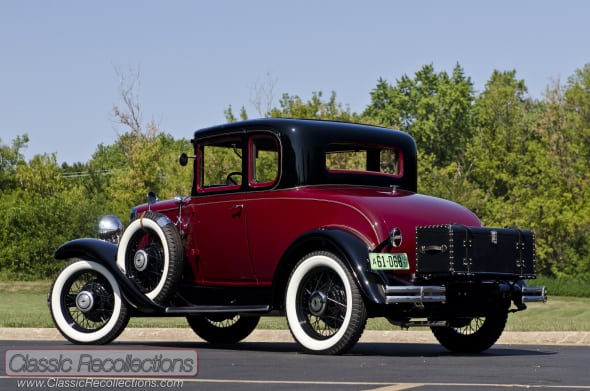 The interior was kept all original. From the factory the cabin was framed with real wood, which Russ replaced with a new kit, made up of maple and oak pieces.

The closest match to the factory Harvard Crimson maroon paint was a 1968 Fiat color. Under the rear trunk door is the hideaway rumble seat. 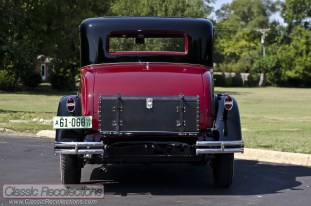