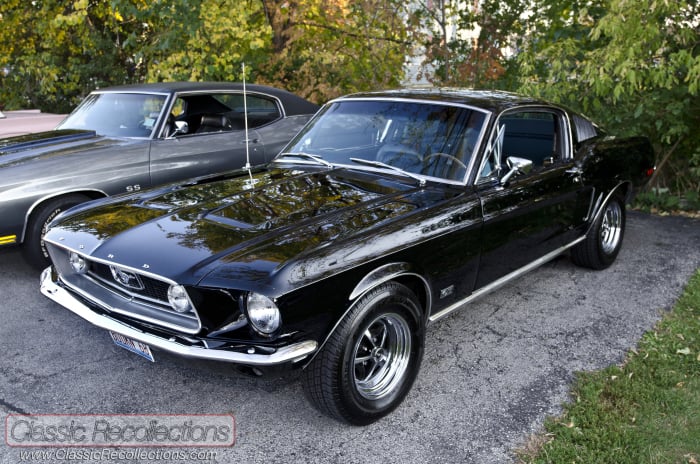 Gary Potts is no stranger to Ford’s iconic pony car, having owned numerous Mustangs over the years. Despite the extreme familiarity, there was no sign of contempt when he came across this glossy 1968 Fastback GT; it just grabbed his attention and wouldn’t let go. “I found the car in 2004 and right away I knew it I had to have it,” said the enthusiast.

The Raven Black muscle machine was located in his home state of Illinois. “I don’t know too much about the history of the car other than it had been in California for a good while,” said Gary.

While the rust free vehicle was in fair condition, mechanically savvy Gary did have to roll up his sleeves and do some underhood wrenching. “What the car needed was mostly limited to engine and drivetrain and just a lot of little things. Even after hours and hours into the project, the work is still never ending – you’ll always doing something.”One of his goals was to maximize the performance coming out of the 5.8 L, 351ci Windsor V8 mounted up front. “In addition to getting it running perfectly, I wanted to get more power of the engine.” Gears are selected by way of a four-speed automatic transmission while a Detroit Locker rear end helps those charging stallions make contact with the asphalt.

“Getting behind the wheel to go for a drive is always an exciting time – there’s a lot of power when you stab the right pedal and it’s a lot of fun when you do.” 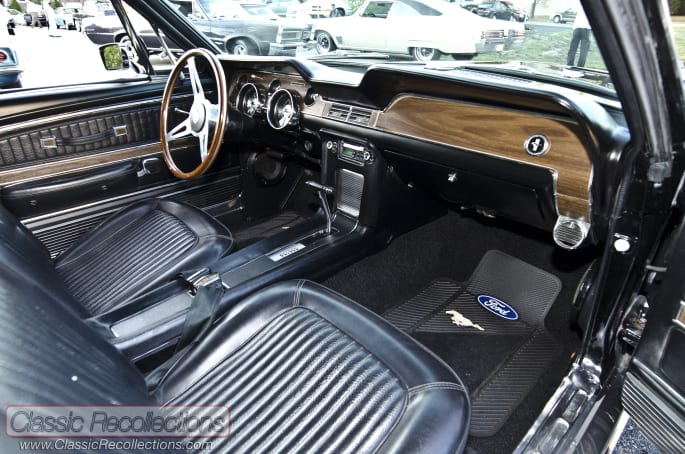 A four-speed automatic transmission is mounted between the front bucket seats. Wood inserts on the dash and door panels add a touch of elegance.

The dark Raven Black paint can’t cover up the attractive bodylines on this fastback. Little was changed between the 1967 and ’68 model years. 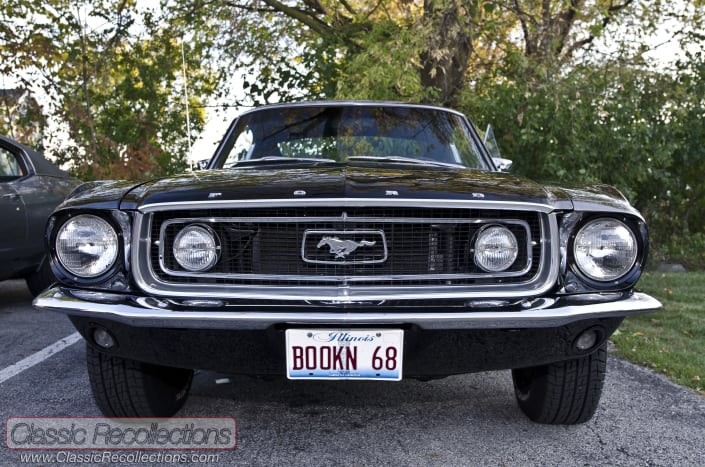 A total of 317,404 Mustangs rolled off the assembly line in 1968. With Gary’s performance tweaks on the engine, the license plate rings especially true.

According to this period commercial, the Mustang lineup ‘warms you and transforms you’. Several decades after the release, that same feeling captures Gary’s heart every time he walks out to his garage and fires up his pony car.