Despite being found in drizzly Chicago, Angel Castillo’s 1954 Buick Special sedan is all-original. The secret to its pristine state? A long former life spent in dusty and dry Texas. Angel purchased the four door cruiser in 2007, shortly after its relocation to the Midwest. “The body hadn’t been touched throughout all the years and looked just as it does today. When I first saw it, the metal was clean and solid with no Bondo or rust anywhere,’ said Angel. While age had been kind to the exterior sheet metal, other items weren’t so lucky and needed to be replaced. “I put in a new transmission, clutch, battery, radiator and brake lines.”

Angel Castillo and his son.

With the new components, the Ocean Mist green and Arctic white sedan was road worthy and ready to hit the streets. “Driving it is just like going back in time. Everybody who sees you waves and it’s just a blast.” The power to move this chromed beauty comes from the factory bestowed 322ci V8 mated to a three speed transmission, with column mounted gear selector.

Angel plans to keep the Buick as is and to enjoy it for many more years to come. “My little boy wasn’t born when I purchased the car. Now years later and he’s been around it his whole life. He loves it so much so there’s no way I can get rid of it.” 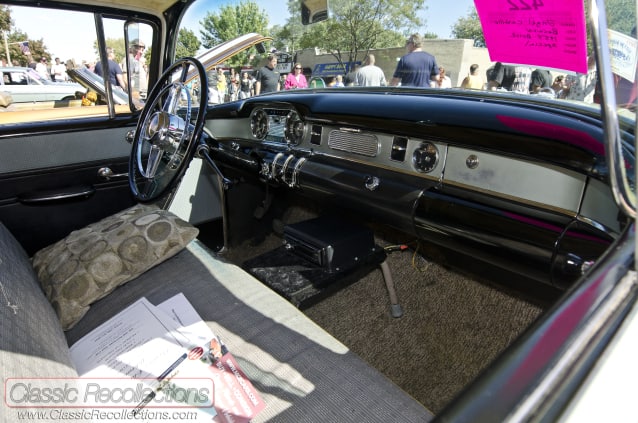 The interior is all original and has been left unaltered. 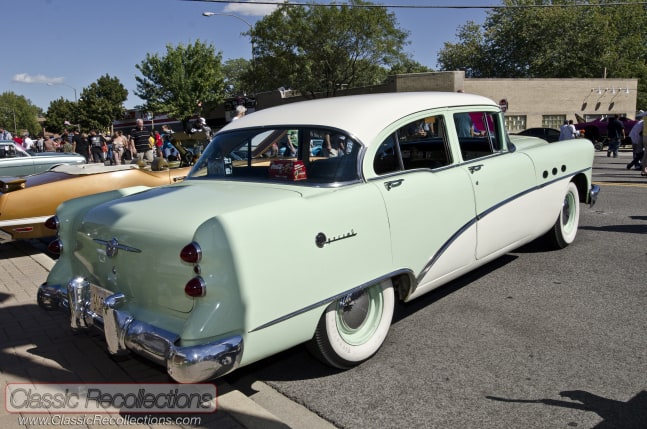 Check out our photo slideshow below for more photos of this Buick classic.

Buick was more than excited about its new windshield design that they claimed would set the standard for many years to come. Check out this period television commercial to see it explained more fully.