Old barns have long proved to be reliable locations for auto enthusiasts looking to find their next project vehicle. Few things are as exciting as walking across a farmyard, swinging open a massive door and discovering a dusty relic that’s been shielded from the elements for decades.

Tom Soerens experienced a similar encounter with his 1959 Austin Healey Model 100-6. However, he did not find his British tourer among tractors and hay bales out in the country, but rather stored away near airplanes and jet fuel.

“I stumbled upon the vehicle in a secluded hangar at the Erie Airpark in March 2008,” Soerens said, referring to a small airport near Moline and the Iowa border.

The vehicle was a faded and worn yellow when Tom found it. He chose to return it to its factory Healey Blue and ivory white paint scheme. 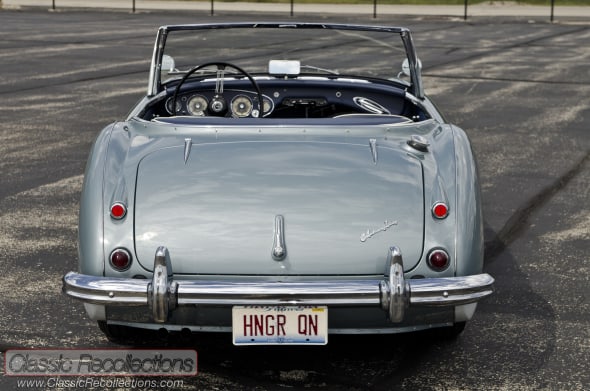 Being an aviation aficionado, Tom used the license plate to poke fun at the car’s runway-bound past. A ‘hangar queen’ is an airplane that has been sitting for a while or requires constant maintenance. 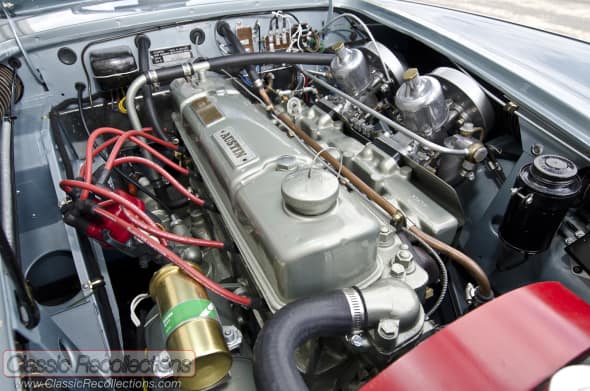 A regal blue interior with white piping adds nicely to the sporty nature of the convertible.