It’s only fitting that Doug Schellinger and his dad, Monroe, would come to love and appreciate the Plymouth Superbird by watching it in its natural environment — in action on the racetrack. Four decades ago, the father and son would watch United States Auto Club stock car races at the Milwaukee Mile. “I can remember seeing the Superbirds and Dodge Daytonas go around the track with their large wing, making it stand out against the other racers,” Doug Schellinger said.

Even though the Superbird had a short history — produced exclusively in 1970 — Doug’s forward-thinking father saw its off-track potential. 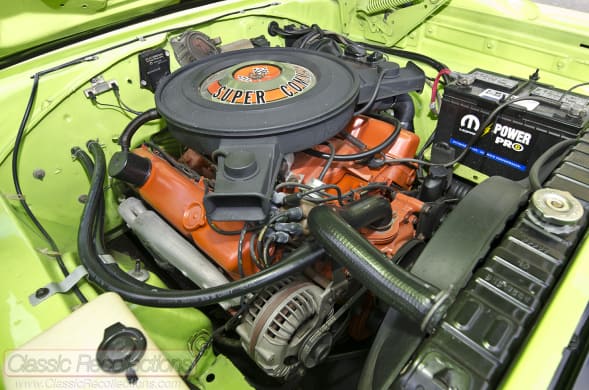 Doug displayed his  Superbird at the 2012 Muscle Car and Corvette Nationals in Rosemont, Illinois.