When you walk into Troy Trepanier’s shop, you don’t expect to see just ordinary custom cars. The master builder has a special knack for putting together vehicles that are unusual, but always over the top and visually stunning. This 1954 Buick isn’t a recent build for Troy, but when we heard about the crazy concoction we had to check it out for ourselves. The vehicle was commissioned by Utah resident Hal Wing after his son totaled a 2007 Mercedes Benz G55. Hal purchased the wrecked 500hp truck and had Troy dump its modern technology underneath the old school looks of a classic Buick. The project was completed just in time to be unveiled at the 2011 SEMA show in Las Vegas, NV.  It rides on an Art Morrison chassis and stops thanks to 14″ Baer brakes. The body has been covered in a two-tone Chocolate Brown and Cognac Pearl paint job while custom one-0ff wheels are mounted at the corners. “It’s like getting into a brand new Mercedes but you’re in a ’54 Buick’ said Troy.

When we stopped by, Troy was making minor engine adjustments. Passengers who ride in this custom machine may forget they’re in a classic Buick, as the interior closely resembles modern Mercedes vehicles. 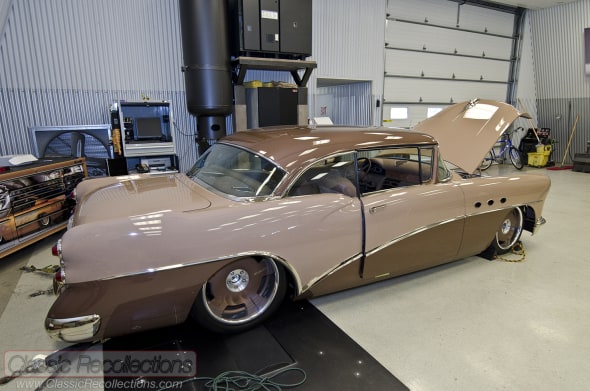 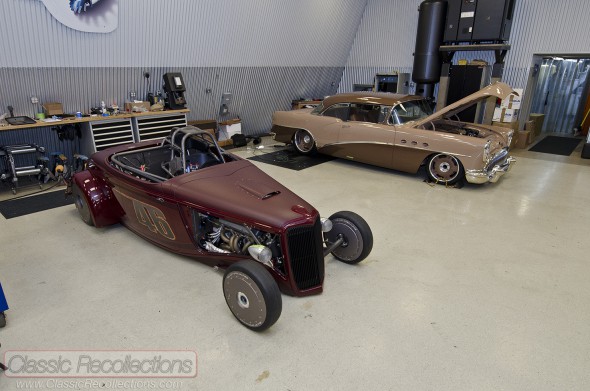 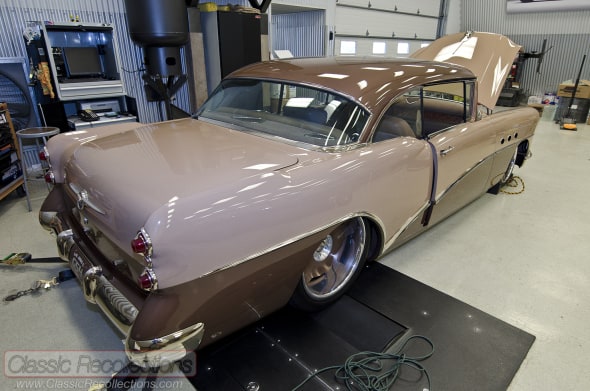