We first bumped into Gail Wise and her 1964 Ford Mustang at the 2013 Barrington Concours d’Elegance and right away we knew she had a special ride. We went on to feature it last fall and weren’t surprised to see in the following months as she quickly gained national attention. For those unfamiliar with the story, Gail was the first customer to purchase a Mustang in 1964, buying her car two days before the official release. Fast forward to this year and Ford invited her to the 2014 Chicago Auto Show to display her rolling relic during the media days. She and husband Tom stayed busy conducting interviews with media outlets, all the while beaming with well-deserved pride.

Click here for the feature story and more pictures.

Tom and Gail Wise with their 1964 Mustang. She was 22 when she purchased it.

A full restoration occurred in 2006.

Gail purchased the Mustang at Johnson Ford on Cicero Avenue in Chicago, IL. 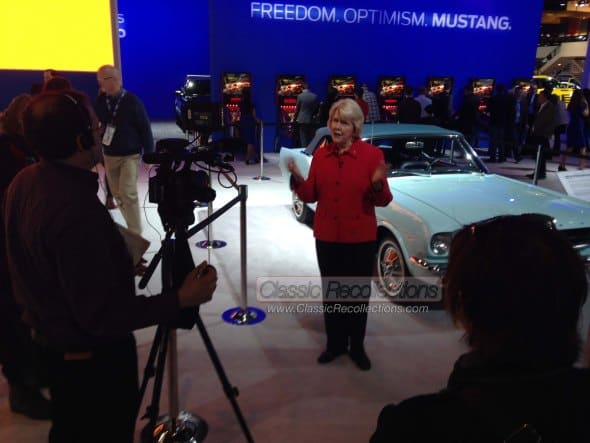 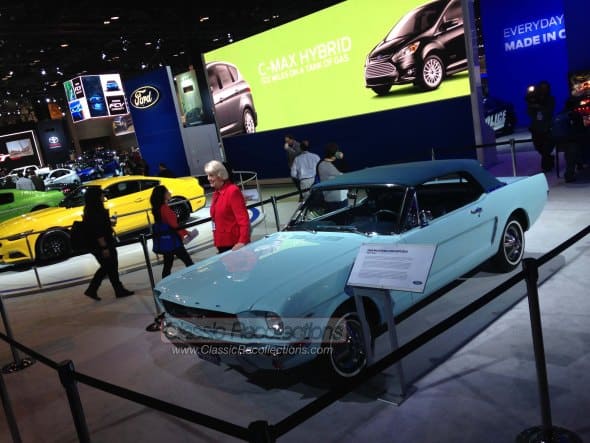 Gail’s Mustang still shines even when parked next to the newest model.

Ford displayed the Wise’s Mustang during the media days.